TEMPE, Ariz. -- For Kyler Murray to remember a loss as bad as Sunday's 34-7 drubbing by the Los Angeles Rams, the Arizona Cardinals' rookie quarterback had to go through his extensive memory bank of games.

He never even lost a game in high school.

So was this the most lopsided loss of his career?

"This season? Yeah, or in my life probably," Murray said.

Murray has lost a lot this season, as Sunday's defeat dropped Arizona to 3-8-1. Who knows how many seasons Murray would have to comb through, dating well back to his youth football years, to come up with eight losses in total.

So when Murray takes the field this Sunday at State Farm Stadium for a game against the Pittsburgh Steelers (4:25 p.m. ET, CBS), there will be added intrigue: How will this born winner respond after the worst loss of his life?

Kingsbury didn't handle Murray with kids' gloves on Sunday afternoon. When things got bad, Kingsbury left Murray on the field -- questionably at times -- so he could experience the moment.

"I've said it all year: Every one of these is going to be a learning experience, and he needed to stay in and try to work through a tough situation, get completions and settle in," Kingsbury said after the loss. "Even the negative experiences, you have to learn from, you have to get better from, and this was certainly one of those."

A day after the loss, Kingsbury, a former NFL quarterback himself, added: "He hung in there. You're a professional football player, and it's not always going to be pretty. You have to find a way to find yourself in those moments and do your job, and that's to play quarterback at a high level.

"We wanted to see him continue to get better and continue to work, and that's why we kept him in."

After most games this season, especially losses, Murray and Kingsbury offer differing opinions on various parts of their team's performance. Kingsbury will usually say something went wrong because of bad coaching or bad playcalling. Then Murray, who speaks after Kingsbury postgame, will take the blame, typically adding that the playcalling was fine.

But in the wake of the Cardinals' loss Sunday, both Murray and Kingsbury were on the same page when it came to why the Cardinals had such a lackluster performance.

"First game all year I didn't think we competed like we're able to," Kingsbury said. "I didn't think we had juice, coaches or players. Fans deserve better. This community deserves better than a product like that after a month off and coming back home."

Said Murray: "I think that from the jump we were flat." 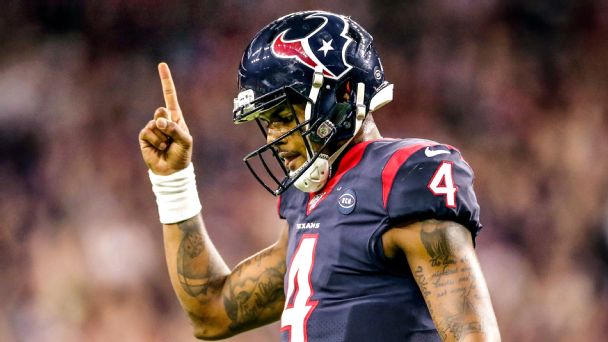 It was ugly. When the third quarter ended Sunday afternoon, the Cardinals had accumulated just 81 yards and had zero points. It was Arizona's worst performance through three quarters this season, according to ESPN Stats & Information. The offense was stuck in the mud. Murray couldn't make plays with his feet and the Rams' pass rush was getting into the backfield with consistent regularity.

Kingsbury couldn't put his finger on one specific thing that wasn't working for the Cardinals' offense Sunday. It was "everything," the first-year head coach said.

"That's something we have to figure out," Kingsbury said. "We had the week off and felt like we were in good shape health-wise, but we didn't coach well, didn't play well and have to get it right this week."